Participatory design: What has been the baseline patient feed-back on the vCare offer?

vCare is entirely built on a participatory design methodology This approach requires collecting initial feedback from a group of people representative of the targeted population.

Before the vCare patients were given the opportunity to directly interact with the system during the Living-Lab phase, a simplified conceptual prototype of the whole process was translated into short storytelling demonstration videos. The videos were intended to make clear how a Virtual Coach, like vCare, could impact the everyday lives of elderly people with neurological or cardiological diseases. They were focused on presenting the technology level used, the different interfaces, and the rehabilitation activities provided in order to ensure continuity of care from hospital to home. Forty-three people affected by the four diseases targeted (stroke, Parkinson’s, heart failure, and ischemic heart disease) on the three clinical sites of the project in Italy, Romania, and Spain were therefore interviewed. The interviews findings can be considered as a baseline to which final results will be compared.

Six different domains of vCare have been evaluated with support of a User Experience Questionnaire (UEQ). Three examples of domain include the attractiveness, novelty, and stimulation provided by the system.

The vCare concept has been evaluated very positively in particular for these three domains.

There were other lower or more puzzling results too. A slightly lower (although still positive) score was obtained for the dependability domain, possibly reflecting some initial fears on the part of patients to rely on technology. It is only in the efficiency domain that a statistically significant difference can be found between groups. This result may be explained by the difficulty for patients in evaluating the four items related to this domain (fast/slow; inefficient/efficient; impractical/practical; organized/cluttered) based on a presentation of the solution through video storytelling without any direct use of the system. 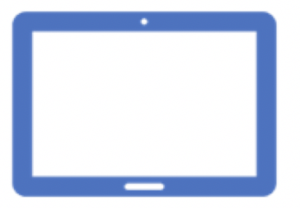 Most interviewed end-users – even elderly people – do not consider technology as a wall that’s too hard to climb, as long as they are properly instructed and trained in its use by skilled personnel.

Still, some interviewees expressed concerns about interactions that were “too intensive or demanding”, such as having to type on a keyboard or having to click on too many buttons or perform too many steps. 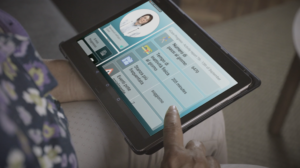 Almost everyone interviewed agreed that voice control and avatar conversation through a pad or laptop were viable modes of interaction. One person, however, suggested to keep sentences rather short during conversations. Existing evidence indeed shows that short and direct feedback seems to be appropriate.

Regarding remote monitoring by a doctor, especially when the need for the consultation is urgent, the collected feed-back shows that patients prefer to keep conversations more immediate and for them to take place through direct voice- or video-chat.

Positively, an 88-year-old stroke patient said, “I am user-friendly with tech”.

Evaluation of intrusiveness brought by sensors

Regarding the level of potential intrusiveness perceived by the patients in relation to the sensors, the feed-back obtained was very positive on almost all points.

The collection of indoor and wearable sensors showcased in the video or explained directly by the investigator was widely accepted by end-users. Patients recognized that – ‘behind’ the sensors’ kit – was either their healthcare provider or the personal healthcare professionals with whom they are in regular contact. It is thus important that healthcare professionals remain visible to the patient through their regular consultation of the dashboards which summarize the patient’s interactions with the virtual coach. This approach is also needed in order to avoid false alerts.

The level of identification and trust in the healthcare assistance provided was so high that a 68-year old female stroke patient said: “I would not feel uncomfortable talking with a pad or with a virtual coach; on the other hand, after becoming familiar with it, the conversation would be as natural as with my doctor”.

It is interesting to observe how only the most independent of stroke patients (i.e., people with minor motor impairments and minor needs for help from their caregivers) reported somewhat disliking the Virtual Coach with its “Big Brother” eyes. In contrast, all the healthy elderly people interviewed considered the remote monitoring to be a valuable feature for tracking their own inactivity, and detecting potential unsafe behaviours.

A 66-year-old healthy elderly woman said, “I have nothing to hide”.

Intrusiveness was problematic, however, for some interviewees. Some Parkinson’s end-users in particular reported having doubts about the possible lack of privacy. One Parkinson’s patient said that using this system could make him more aware of the disease and his symptoms: this could be negative for him because he would have this fact on his mind all the time.

Evaluation of the caregiver burden

The vCare project is designed to manage moderate or not yet severe clinical conditions. The role and importance of a real caregiver role cannot be replaced by a Virtual Coach; however, reducing the burden to caregivers could be a valuable and interesting area to explore. Acceptance, trust, activity and behaviour remote monitoring, socialization, and assistance cost savings were the most attractive aspects for the interviewed healthcare professionals. 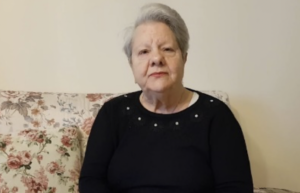 Almost all of the interviewees reported positive responses regarding this topic. Their relatives and informal caregivers seem glad to adopt the vCare solution. The most relevant observations were: “[vCare] is a supportive healthcare service”, “it is a safe platform to deal with my impairments” and “it is less expensive than a professional caregiver”.

Many respondents declared that their families would be pleased to receive remote alerts concerning their daily behaviour and reports about progress with their activities.

It is worth mentioning that an 88-year-old person expected there to be a lack of empathy from an on-screen avatar, when compared to a real-life caregiver, especially if the person had been firmly established in the family’s entourage for many years.

Evaluation of the vCare activities

Some insights were explored regarding some of the clinical activities, without the issues being tested through specific interviewee questions. They included home-based and indoor monitoring, home-based cognitive activities, vital statistics; and especially on mood monitoring, which includes some key findings.

Home-based motor activities: the motor-based serious games appeared to be widely approved of by respondents, thanks to their physical activity engagement (despite some emerging doubts about potential limits in terms of physical safety and balance, when standing). These difficulties could be addressed by offering the option of physical serious games sessions held with people who are based in a safe, easily accessible sitting position.

Indoor monitoring: the environmental monitoring features were judged to be a “continuous monitoring” function capable of “correcting what’s wrong” in terms of behavioural habits (some “stealthy” functionalities, such as the detection of the person’s length of inactivity and adherence (or not) to the use of walking aids seemed unexpected to the respondents).

Home-based cognitive activities: the cognitive stimulations were appreciated by the interviewees (although they could not clearly identify their psychological capabilities being enhanced).

E-learning and vital stats monitoring: there was no specific reference to these services (but no objections were recorded either).

Mood monitoring: undoubtedly, psychological support and motivational reinforcement revealed an important trend across the interviewees’ expressed needs. The development and endorsement process of the activities proposed by the virtual coach are believed to be lacking positive stimuli. Consequently, engagement could be insufficient in some patients who reported recurrent deflection of their mood. (As potential improvements, motivational feedback could be enhanced according to the psychological state of the patient. Patients’ daily activities could be taken into consideration and suggestions for them should be fine-tuned, with the help of neuropsychologists.)

Evaluation of the Virtual Coach as an ongoing service

This area of assessment concerned the benefits and limits of any potential service reported by the interviewees. It took place in the overall perspective of the proposed solution, contextualized in a long-term deployment process that could be provided by the (local or national) healthcare system.

The most highly appreciated perks had at least three features: the multiple clinical context (the vCare project considers four different diseases), the focus on quality of life with the support of a pluridisciplinary team, and the different rehabilitation approaches which can be provided seven days a week in the patients’ own home (without excluding in-hospital examinations).

vCare will, as much as possible, take on board four key messages when entering into the project evaluation phase. They relate to the technology interfaces, psychological support, the consistency of the remote monitoring, and the humanness of the design of any avatars. 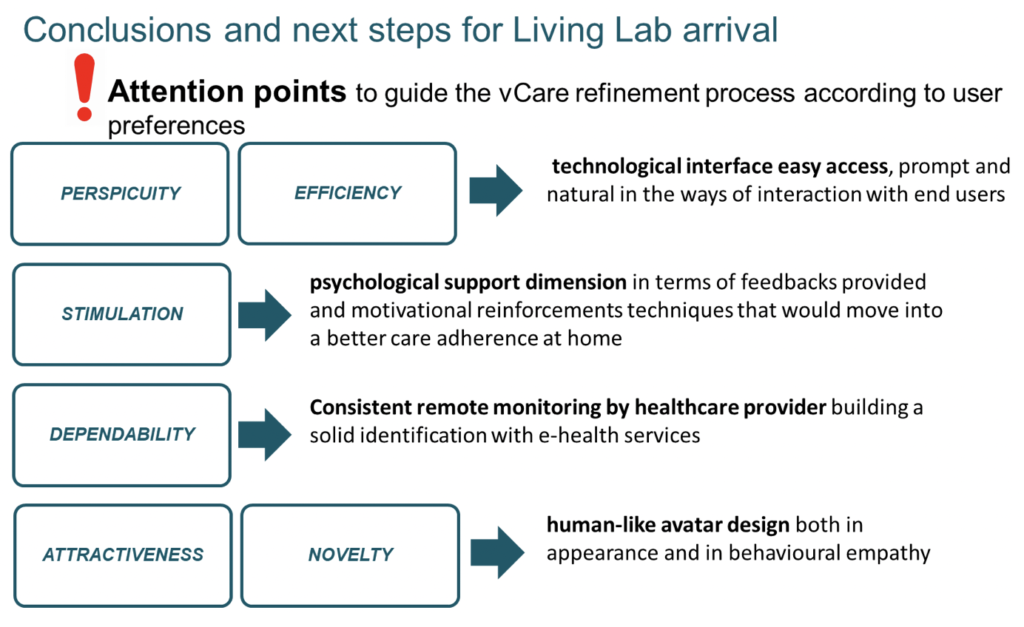